The 17 Best Themes for your Openbox In addition to being minimalist and lightweight, Openbox is also surprisingly customizable and flexible. A user can easily change various settings related to theme, appearance, window placement, snapping and more.

For those who want to escape the “weight” of a Desktop Environment, however, having a simple environment with facilities to close, expand and minimize windows is not there is still nothing better than Openbox.

In this article, we will know 17 themes carefully selected by me from this excellent windows manager .

This is perhaps the simplest on this list, ideal for those who like minimalism, but with the dark side of strength!

This is used by many not only in Openbox, but in other window managers and desktop environments.

A modern light style theme with light but varied colors. This is the extreme of minimalism. Another modern and with different window controls. For those who like a retro style, but well remixed. One of the most loved!

Same as above, but without borders.

It can design controls differently on your system, it’s cool! The version of the famous Nord for Openbox.

This one we installed in the Arch Linux with Openbox video, in case you want to watch the video: click here 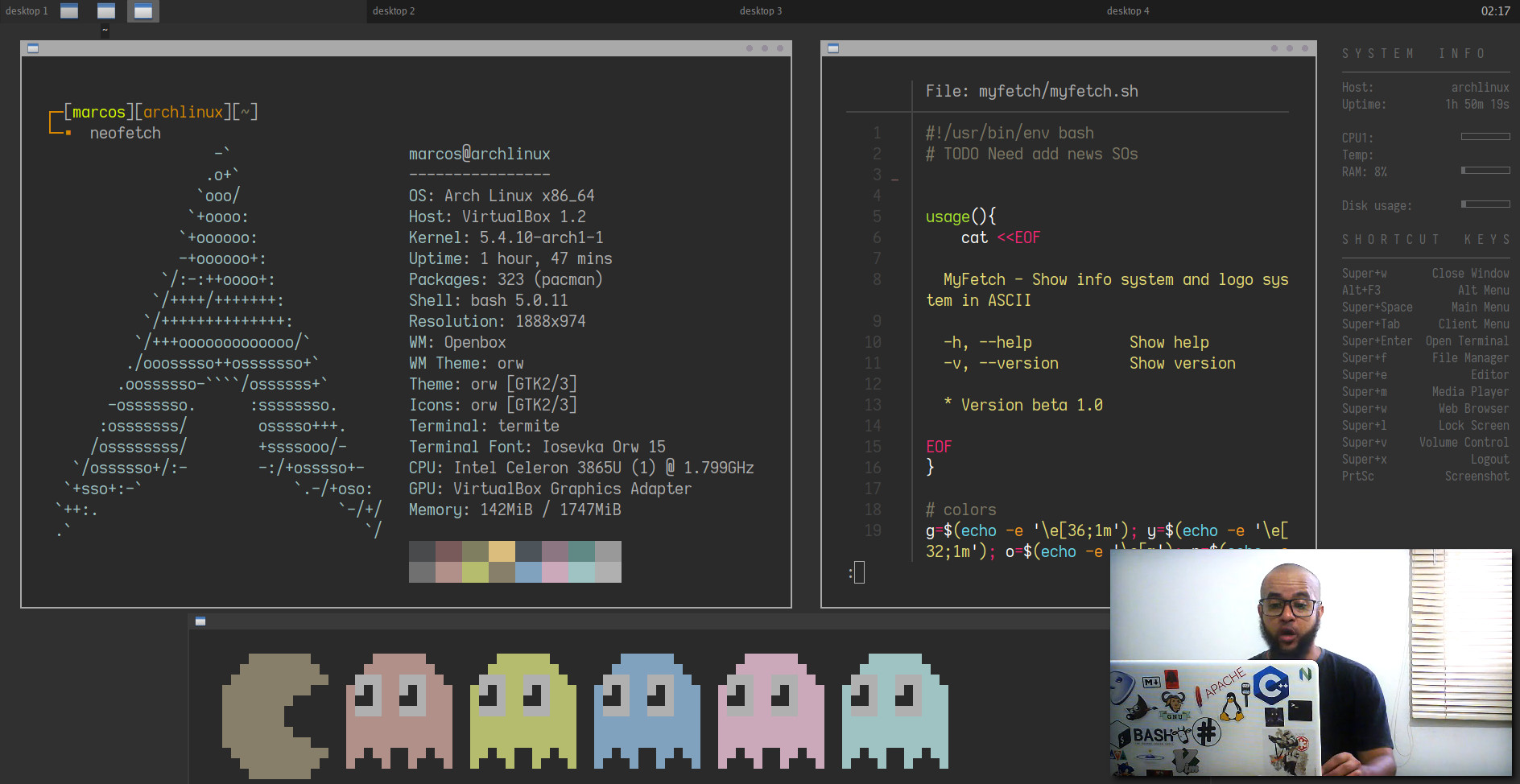 A colored gradient and no window controls. Similar to Clair , but in dark style! This is from Gentoo, oddly enough, among so many cool ones, this is what I use the most =) . How to install themes?

I’ve separated them all into a single repository to make it easier, so you can do it like this:

In the repository there is only Cosmic-Travel

And to change the theme there are two ways. The first is how do I edit the file: ~/.config/openbox/rc.xml

and Below the <theme> tag between the <name> tags inform the name of the theme according to its folder name, example:

Use the same name as there is in this article in the title of each one, respecting the dashes(-) and the underlines(_), without spaces.

And then reread the Openbox settings:

The other one is even simpler, just install LX Appearance and use it is a graphical and intuitive program.

Below are the links from where I selected the themes:

Send a ✪ there on GitHub! 😃

Previous LSP, Autocomplete and Machi...
Next 12 Best Themes for your Tint2